Brad Harter taught at Hocking College in Athens, GA for many years. An avid outdoorsman, equestrian, and competitor in field trials for hunting dogs, Mr. Harter learned about our products when we were marketing to canines and equines. APF (Advanced Protection Formula) is one of three formulas developed for our animal division. Mr. Harter used APF until we recently introduced Adapta-Fuel to our newly created human division.

There is little doubt that the Corona virus is playing havoc with our country and much of the world. We are learning about vaccines being developed and that current drugs already on the market may possibly show some promise for treatment. There is even hope that plasma treatments containing antibodies from people who have recovered from this virus may serve as a possible cure for those impacted by the virus. All of these possible prevention’s and cures are wonderful news that gives everyone hope that we might get through this pandemic.

Please understand that I have no connection to the company that produces the two products that I am sharing this information about. I DO NOT sell these products and I do not profit in any way from the sales of these products.

What I would like to do is share my own personal experience with one of these products, a product that I started taking back in 2006. That product is APF and is being manufactured today in this country by Auburn Laboratories in California.

APF stands for “advanced protection formula”. It is a cocktail of herbs, roots and berries. There is an interesting story behind the origin of this cocktail which I will share in a brief “cliff notes” version.

During the cold war and prior to the Russians putting men into space, a group of Russian scientists were studying the indigenous people that displayed unusually good health in the Siberian region. These scientists were paying particular attention to the diet of these people, a diet consisting of the roots and berries of many plants in that region of the world.

One of those scientists was a Russian Doctor named Dr. Israel I. Brekhman. Upon graduation as a medical doctor in 1945, Dr. Brekhman was assigned to the Russian Far East. Working under his mentor and life-long friend, Dr. Nikolai Lazarev, who had pioneered much of the early research into adaptogens, Dr. Brekhman made it one of his missions to find the components of plants contributing to these naturally occurring adaptogens. After studying more than 233 plants and their biological actions and beneficial effects as adaptogens, Dr. Brekhman and his group were awarded 21 international patents. During the late 50’s and early 60’s the work of Dr. Brekhman and his team played an important role in the Russian space program and later in the success of Russian world class athletes.

What Dr. Van Noy would soon learn is that much of the early work on natural adaptogens had been occurring in Russia for more than 50 years. Dr. Israel Brekhman (1921-1994) pioneered much of that early work with a team of Russian scientists. Upon his graduation as a medical doctor in 1945, Dr. Brekhman was sent by the Navy to the far eastern region of Russia where he was tasked with studying the diet of the very healthy indigenous people of that region. After more than 45 years of research Dr. Brekhman became known as one of the world’s leading experts on natural adaptogen plants, roots and berries.

The results of this early work with adaptogens while impressive went unknown until the Berlin Wall came down and a few of those scientists defected to other countries. The story, as told the way I had heard it from a veterinarian friend in Oregon, was that another veterinarian that lived in California, a Dr. Mike Van Noy and his wife Joy were also becoming interested in adaptogens. Their interest was not only for their own health and well being but for their own horses which they were using in three-day eventing competitions. Dr. Van Noy’s interest was in the beneficial effects of these adaptogens, particularly in their relationship to supporting healthy immune systems and also on the possible physical recovery from intense physical activity.

While it was unknown at the time by much of the world, the early work and the findings of the beneficial effects of these natural adaptogens were first being used in the Russian space program. The results were so revealing these same adaptogens were soon being used with the Russian army and with Russian athletic teams. With the fall of the Berlin Wall during the Reagan years, many of the secrets of these adaptogen cocktails began to be leaked to the rest of the world.

In the 1990’s more and more people were becoming interested in the benefits of natural plant based adaptogens. What Dr. Van Noy and his wife realized early on was that two very important factors needed to be considered. Number one was the quality content of what was available and on the market. Number two was not reinventing the wheel and taking advantage of the nearly 50 years of research done by the distinguished team of Russian scientists.

The roots of these naturally occurring plants and one berry became of interest to Dr. Van Noy. The roots of interest were Eleutherococcus senticosus (Siberian Ginseng), Rhodiola Rosea (Artic Root), Aralia mandschurica (Manchurian Thorn Tree), Echinopanax elatus (Devil’s Club) and Rhaponticum carthamoides (Maral Root). The berry of interest was from a plant called Schizandra, (Chinese Magnolia Vine). Dr. Van Noy first began to test the cocktail of these herbs on animals that were experiencing diseases like Cushing’s and insulin resistance in horses. A suppressed immune system in these horses was often a significant factor, leading to additional health problems.

After six years of experimenting and testing with four of these naturally occurring adaptogens, Dr. Van Noy and his wife Joy founded Auburn Laboratories in 1999. Their product was called APF which stands for Advanced Protection Formula. That original formula is still the first choice for many horse owners interested in general immune support and overall stress protection. The original formula was based on Eleuthero, Rhodiola, Schizandra, and Echinopanax.

What I would like to do is share my own personal experience having been on this APF product since 2006. In 2006 I was still teaching full time at a small college and social distancing had never been heard of. I was around large numbers of students experiencing flu and cold symptoms especially in the winter months. My thought was if anything could support a healthy immune system and I would not experience any side effects it was worth a try. It was suggested I start out taking 2 to 3 ML each day. I took it in the morning usually with juice to offset the bitter taste of the liquid. It was the first winter I can remember not experiencing even a mild cold. I doubled my dosage to 4 ML when I was traveling that winter and unable to avoid large numbers of sick people.

I continued to take APF on a regular basis for the next three years. There was only one exception over those many years. While I was out west doing week long pack trips with students in the summer of 2009, I started sharing my supply of APF with a staff member and a couple students. I soon ran out of APF and when I returned home in September, I made the decision not to re-order and to see if I noticed any changes. BIG MISTAKE on my part! In December, after spending time around many sick students, I came down with a bad cold. It took me almost a month to get rid of that cold and made for a miserable holiday.

In January I placed a new order for APF and decided to get back on the program. I have stayed on it ever since and I have only experienced the very beginnings of a cold once or twice. I was able to kick it in 2 or 3 days never having more than a little congestion. I practice my old dosage of 2 ML each morning and double that only when traveling or being around large numbers of sick people.

The normal questions that people ask me are: do I feel any different and are there any noticeable side effects?

My answers are simple! No, I do not feel different and not once have I ever noticed any side effects. Now that is me and other people may have very different experiences.

Another common question that is often asked concerns the cost. At 2 to 3 ML per day you are spending less than a dollar per day. With the onset of this Covid-19 Virus, I have elected not to pinch pennies. I am currently taking 6 ML each day and still I am not seeing any negative side effects!

Hockey teams, racehorses and many other forms of canine, equine and human athletes are using APF and APF Pro. Just recently they brought out their label for people – Adapta-Fuel. The dosage rates vary with each individual and the level of competition. What all the secondary benefits of taking this product might be, I do not know. What I strongly believe is that the Auburn Laboratories, Inc. products support a strong immune system. As long as Dr. Mike Van Noy and Joy continue to make this product, I will continue to take it! 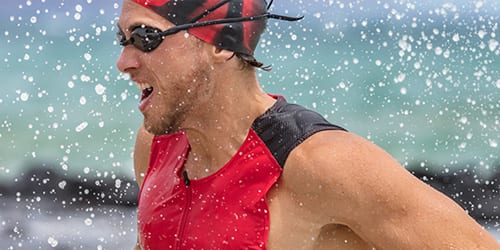 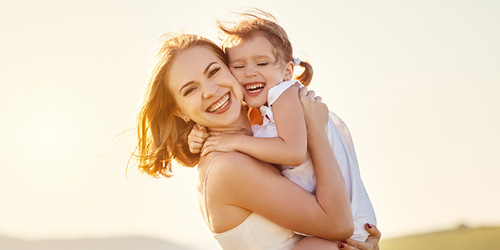